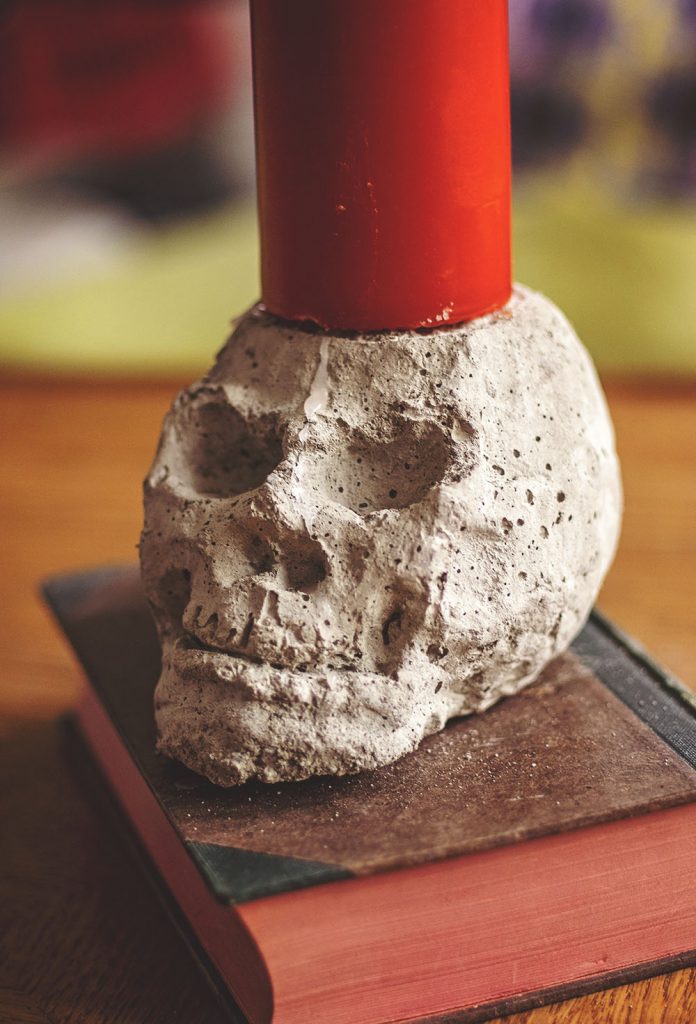 Halloween’s a-coming, and we needed more skulls in our house. Especially ones that also doubles as candle holders! 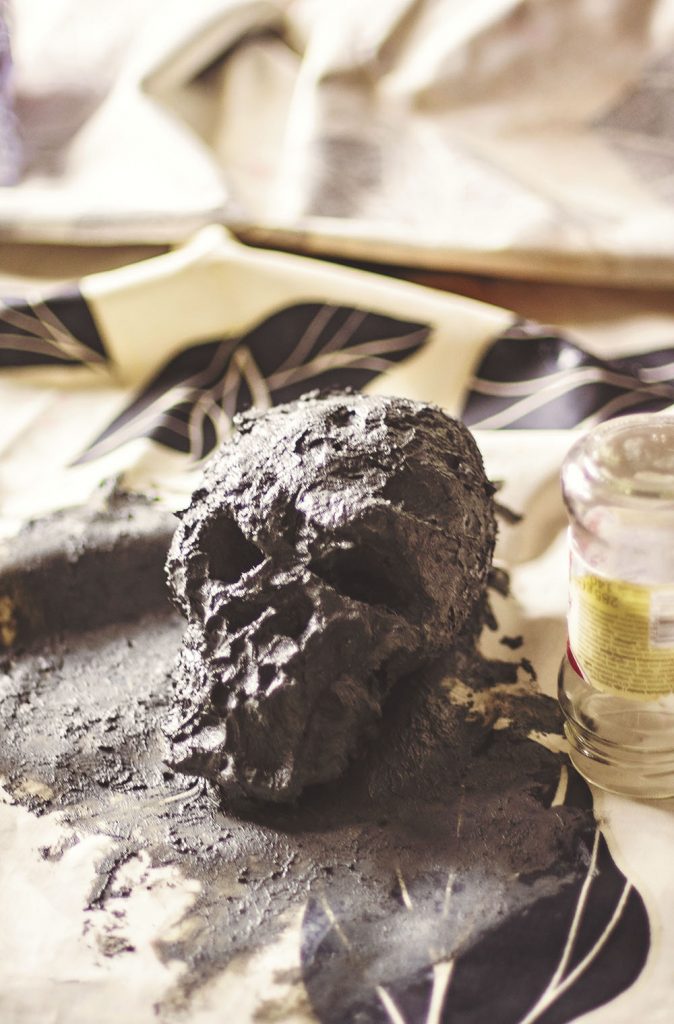 I went and got some clay and did some sculpting. The skull turned out okay, but then when I made the mold it went a bit wonky! The clay hadn’t hardened enough so the skull got a bit of a different look than I had planned. But this works too! 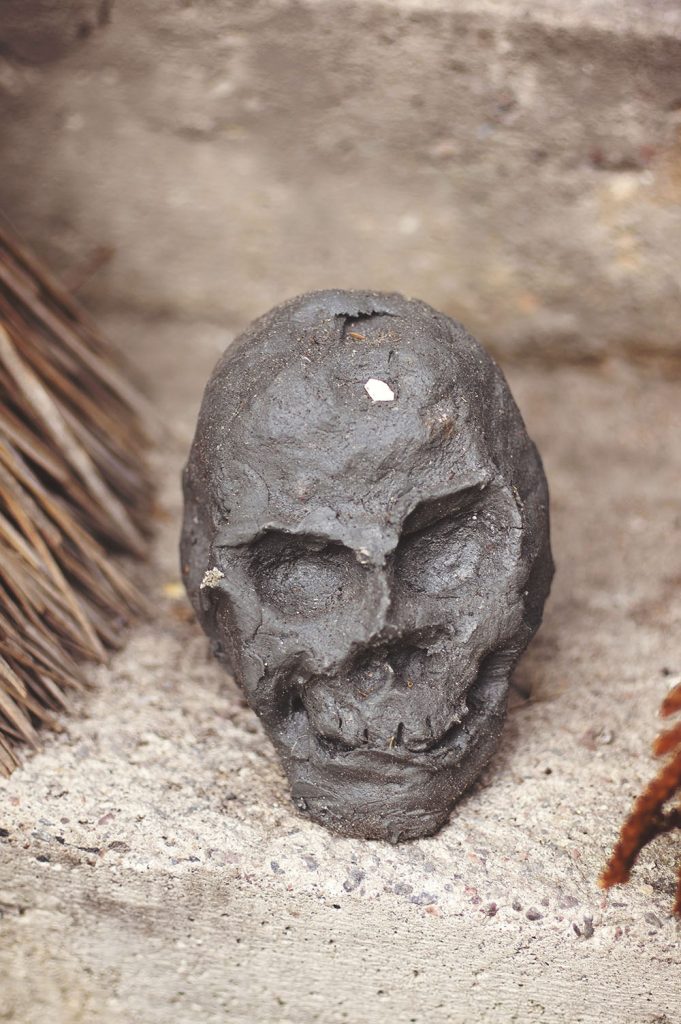 It didn’t look like this when it went into the mold! But the crooked smile somehow works despite it. 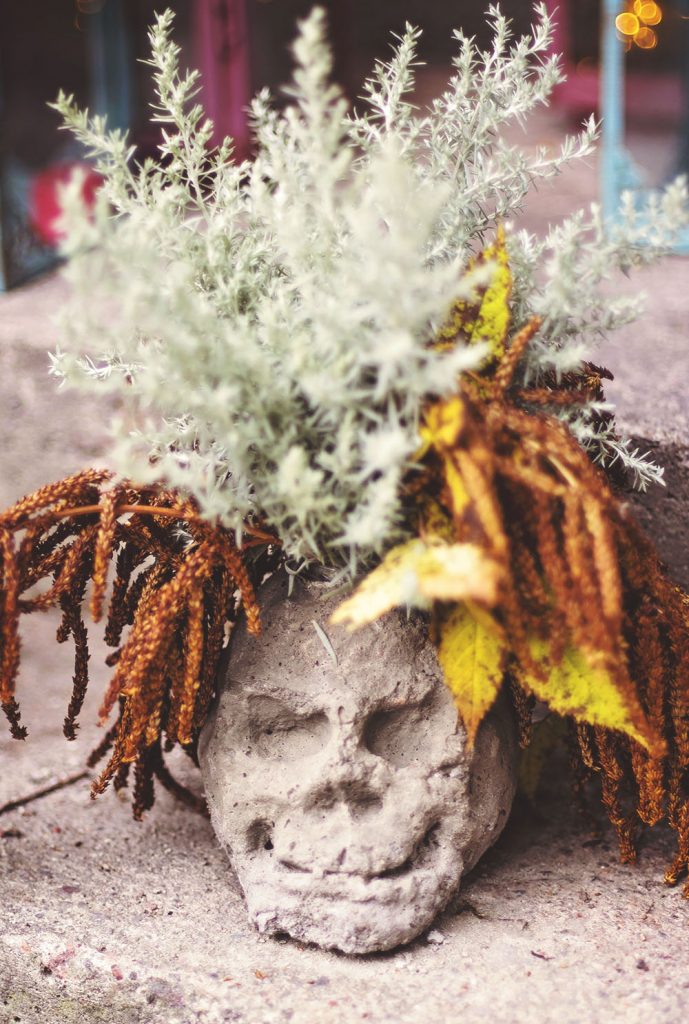 When the mold was done I poured concrete into it. One of the skulls has a glass jar inside and doubles as a Halloween-vase.

One of the other skulls was a bit flat on top – it’s the perfect candle holder for fat candles! 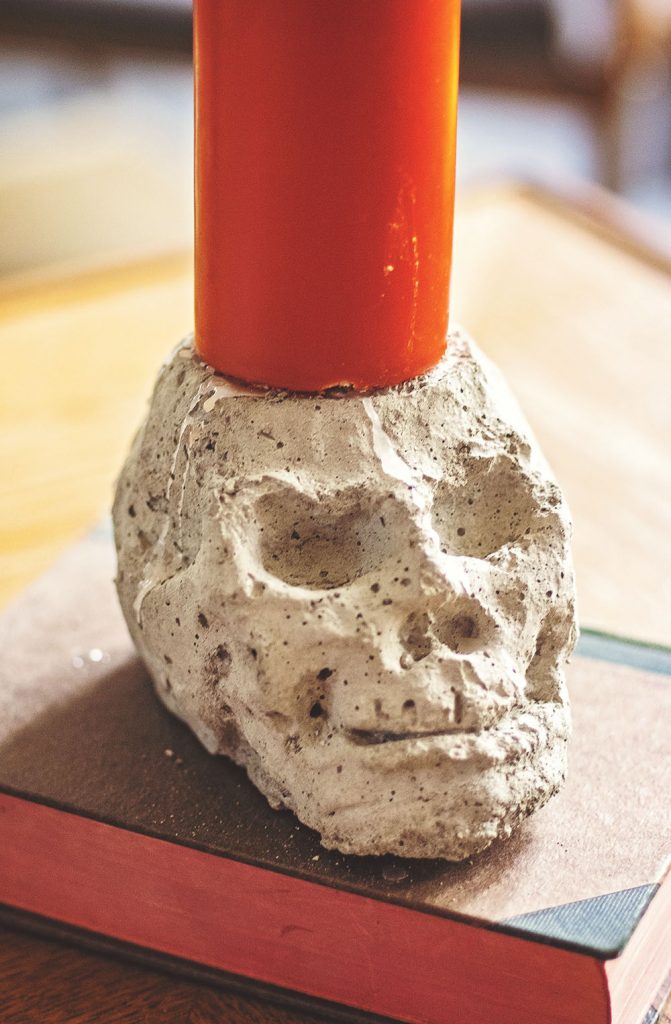 The concrete was rather rough, making for a weathered look. 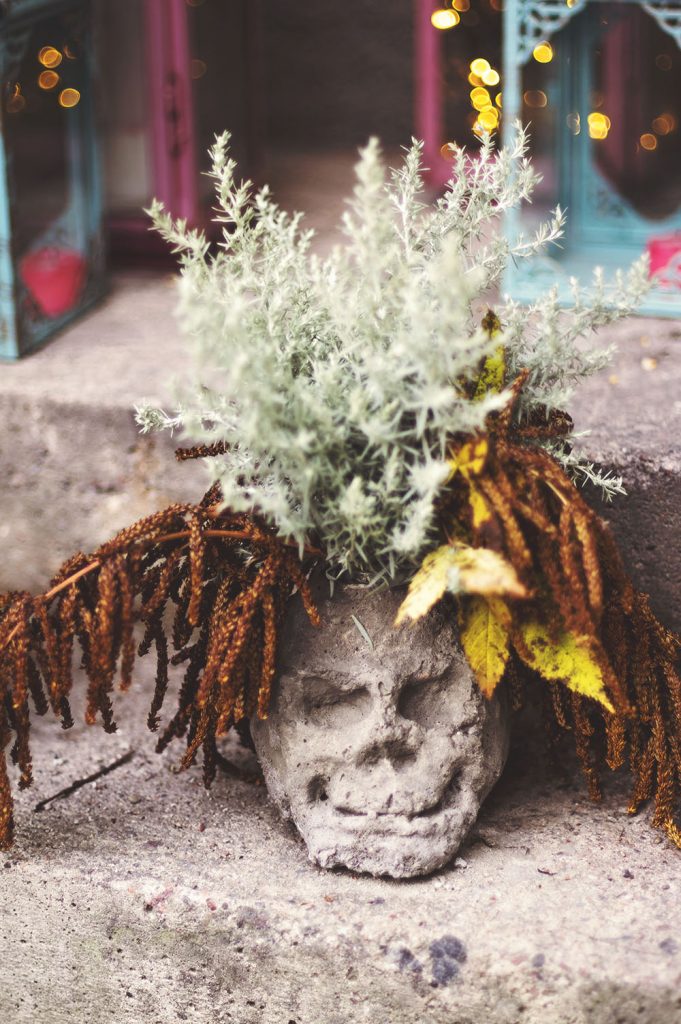 We’ve also got one skull for single, thin candles, but my favorite is the vase – we don’t have that many flowers growing right now in the garden, but that doesn’t matter when your vase is a skull! any old flower remnants suit the skull perfectly!