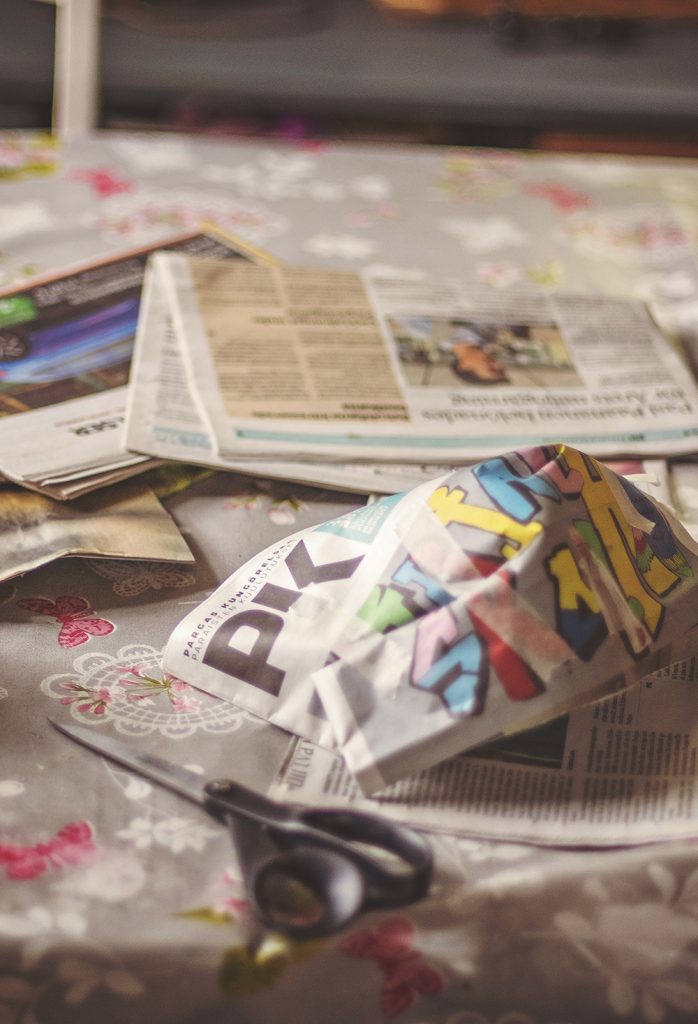 I decided to go as a plague doctor for this years Halloween party. My version has a black mask, not the white one that is commonly seen, simply because I had black paper on hand at home…! But I’ve concocted a backstory where the mask is really made out of black leather, making it much more medieval:ly.. Anyways – here’s a look at how it was made. Above – I started with some newspaper that I molded around my face and taped together. 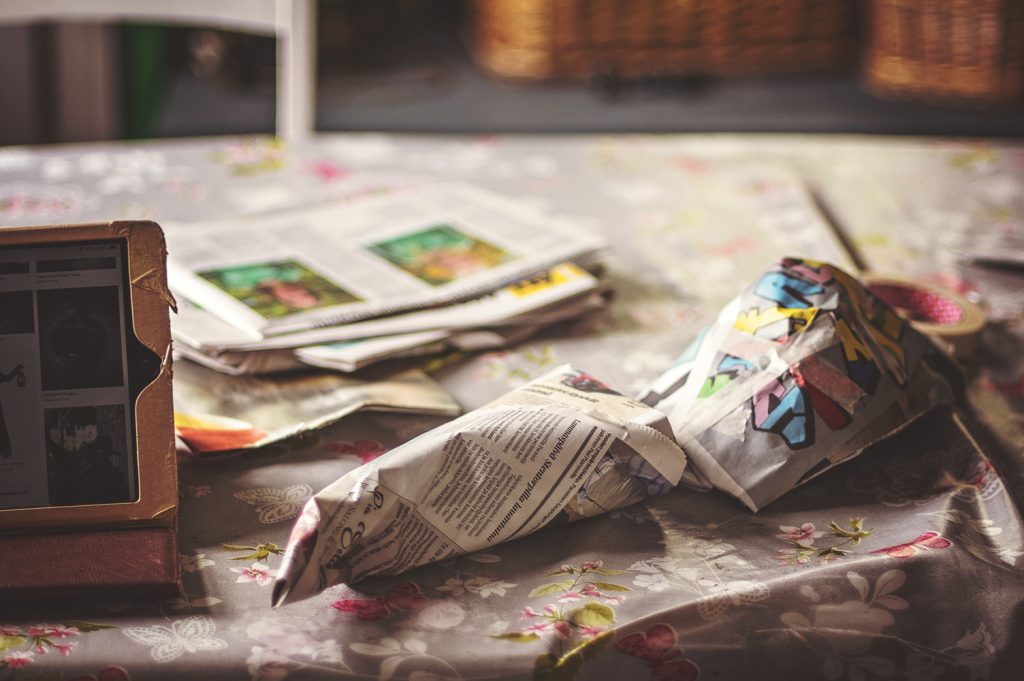 I made a large beak, big enough to fit a bunch of herbs. The thing with plague doctors is that people used to think it was the miasma i.e. bad odor, that spread disease. So to combat that doctors wore these big masks that fit sweet-smelling herbs inside the beaks. 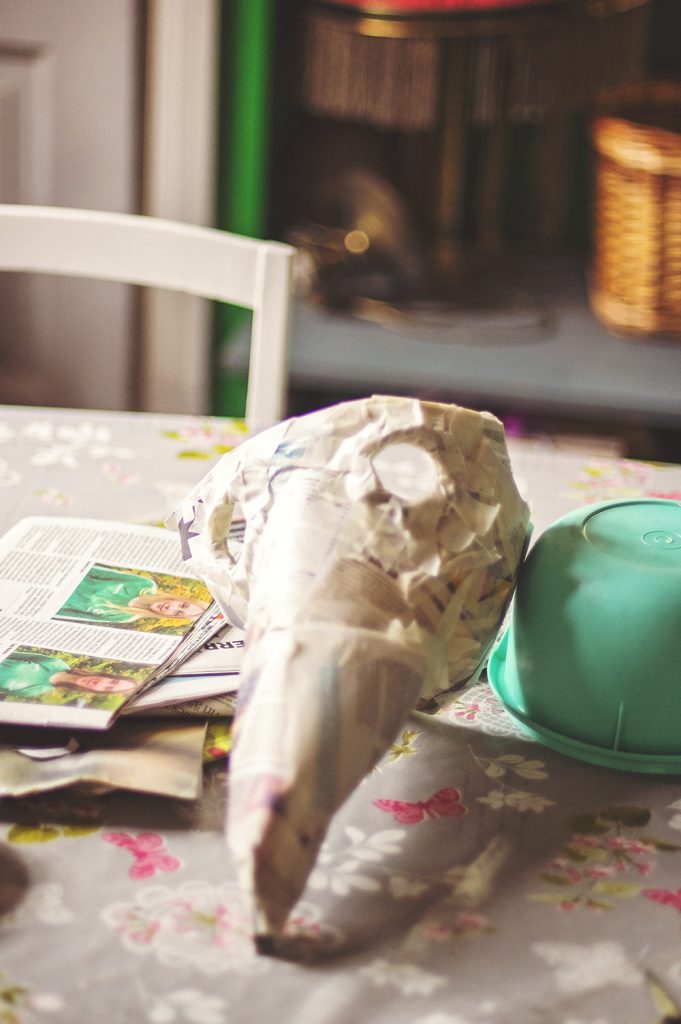 I taped the beak to the mask and cut out holes for the eyes. I made ridges around the eyes using some paper and some tape. 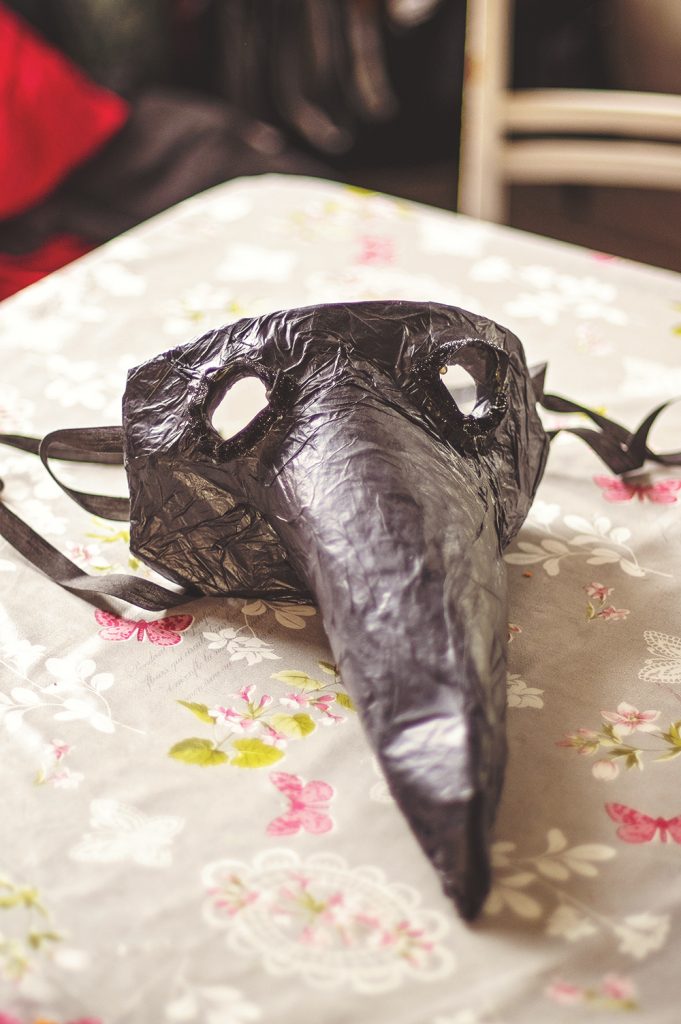 Then I glued on lots of black paper along the mask in several layers. I glued some cut out plastic circles to the eyes (you have to cover everything! Otherwise you’re not a proper plague doctor and might succumb to the plague yourself!) and finally some black ribbons to the back of the mask. 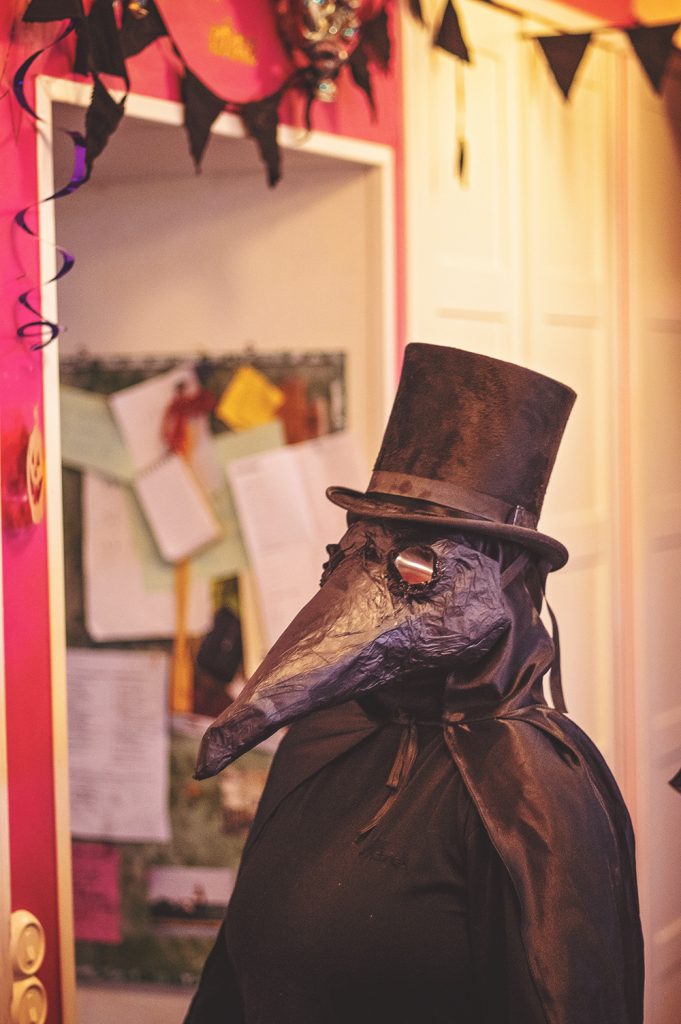 I wore a black turtle-neck, black pants, a black cape and a black top hat. Not seen on the picture is my walking cane which I used to poke people with to check if they were still alive…! (which is what the plague doctor mainly did – check if people were dead or not)

It was a fun costume to make. But I only wore the mask at the beginning of the evening – it got too hot in there!