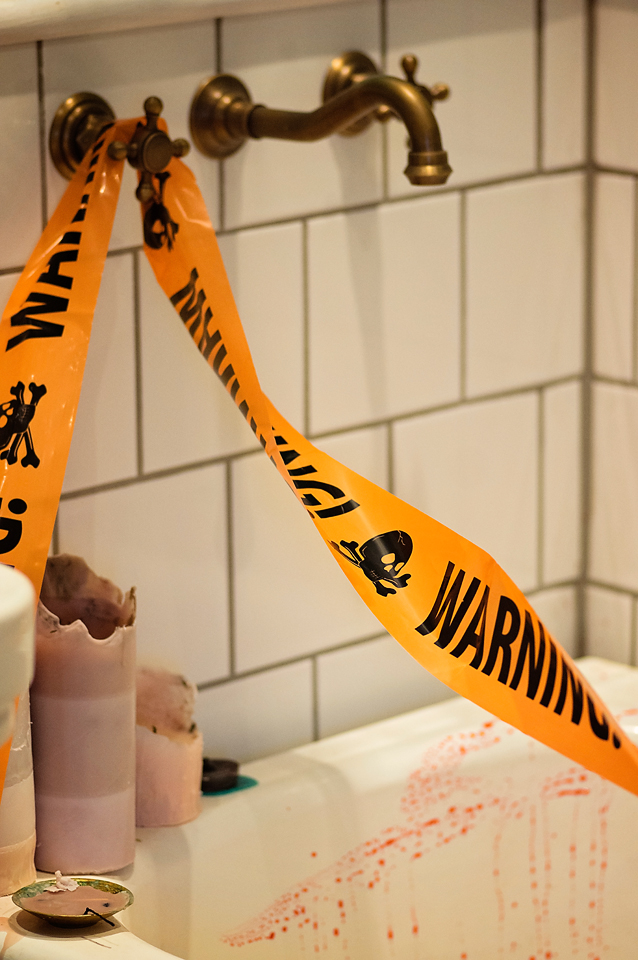 Halloween came and went, but before I go all Christmassy on this blog, I’ll post some of the pictures from our Halloween party. 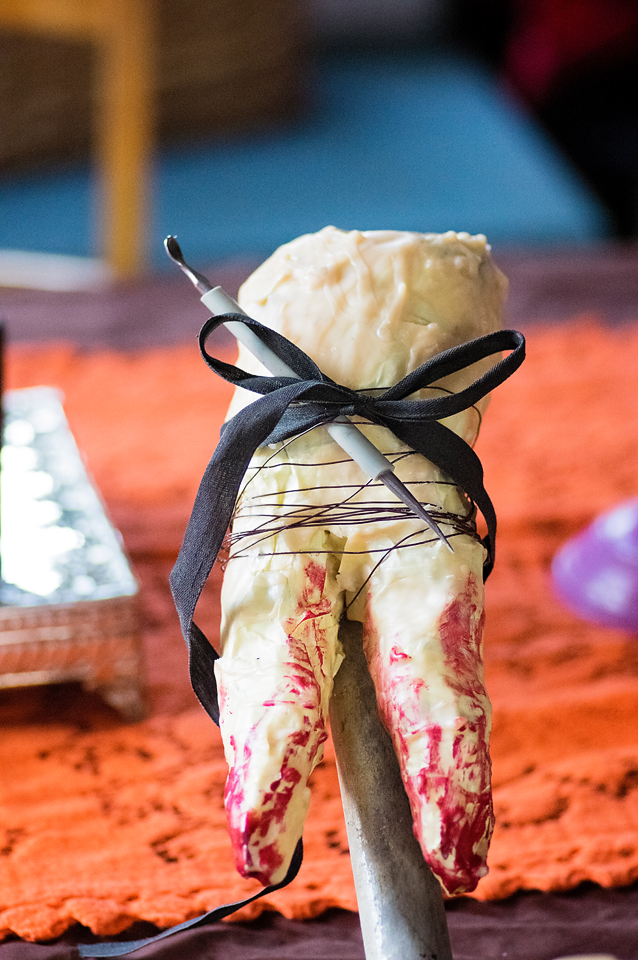 I was an evil tooth fairy, and I made a large staff with a huge tooth out of papier maché that I dipped in beeswax and then painted red in places. It turned out real creepy and went perfect with my outfit! 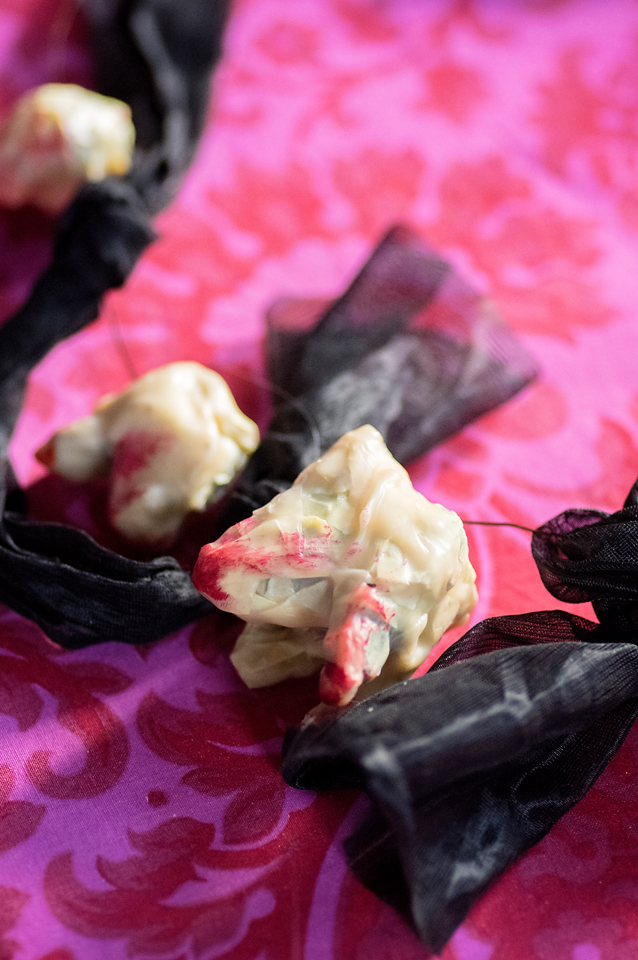 I also made a necklace with large pulled out teeth mixed with black ribbons. It took a while for the guests to see what the necklace really was, but it was all the more gruesome when they did! 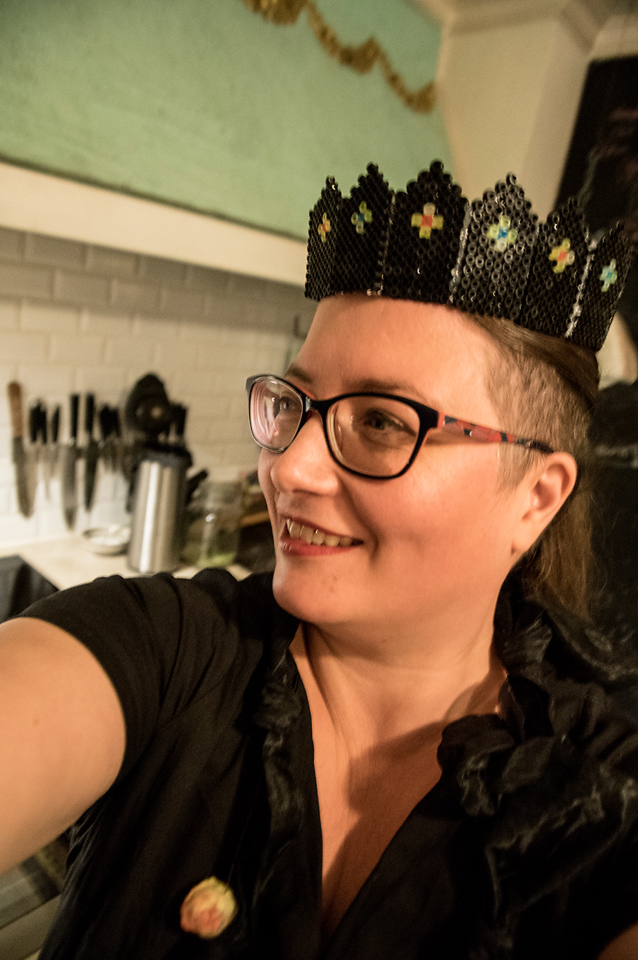 I wore a crown that I made from Hama-beads. I’ve been on a hama-bead bend recently, but now I think I’m cured (because now gingerbread season is beckoning!). But there’ll be some hama-related blogposts in the near future, if I can only find the time to photograph (NanoWriMo, folks!) 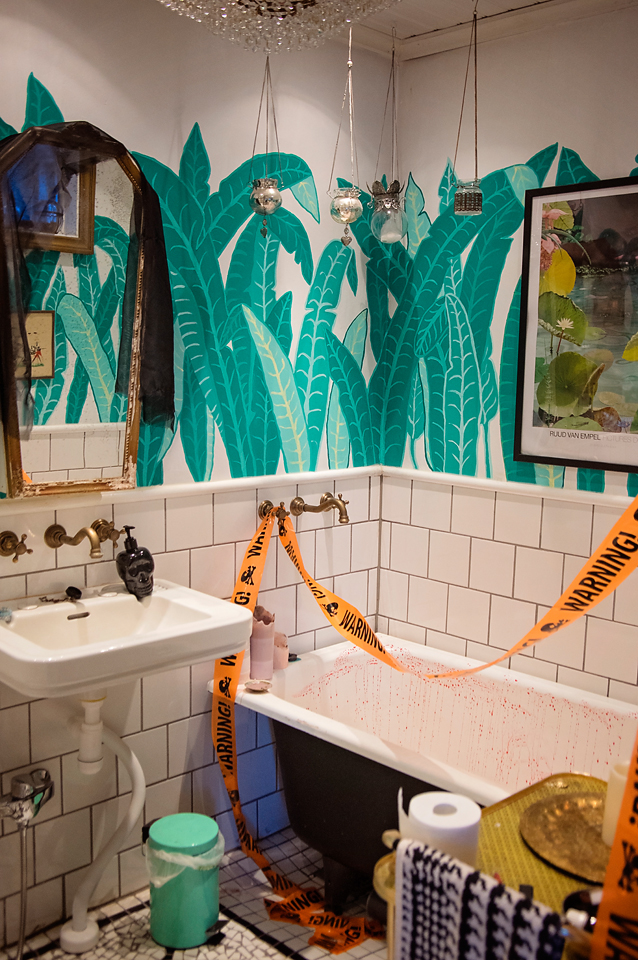 I made the bathroom into my laboratory, where I pulled teeth of people who didn’t comply. This tooth fairy wants your money, or else…! 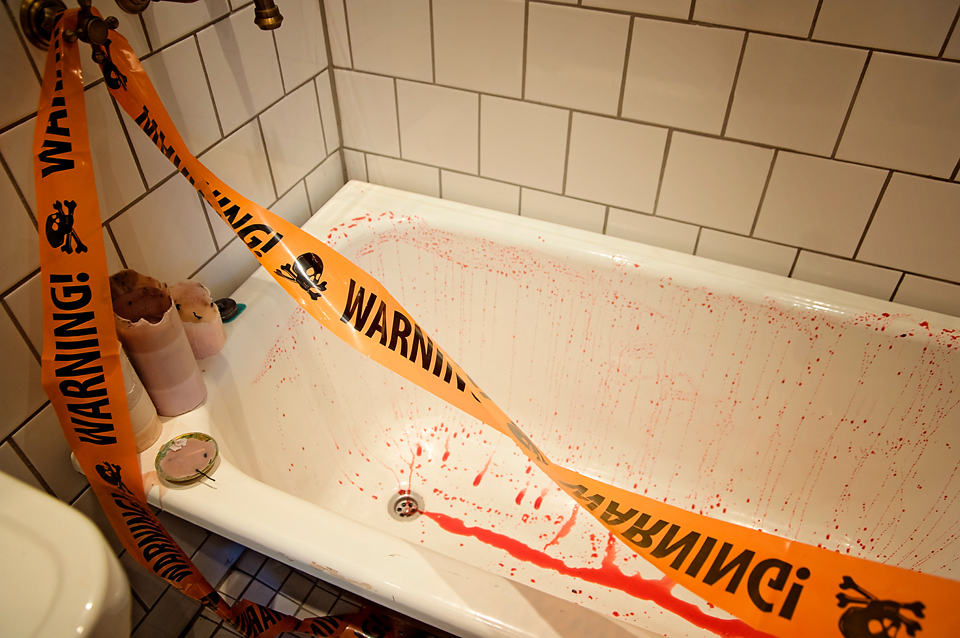 Supereasy to make some fake blood, and so effectful! 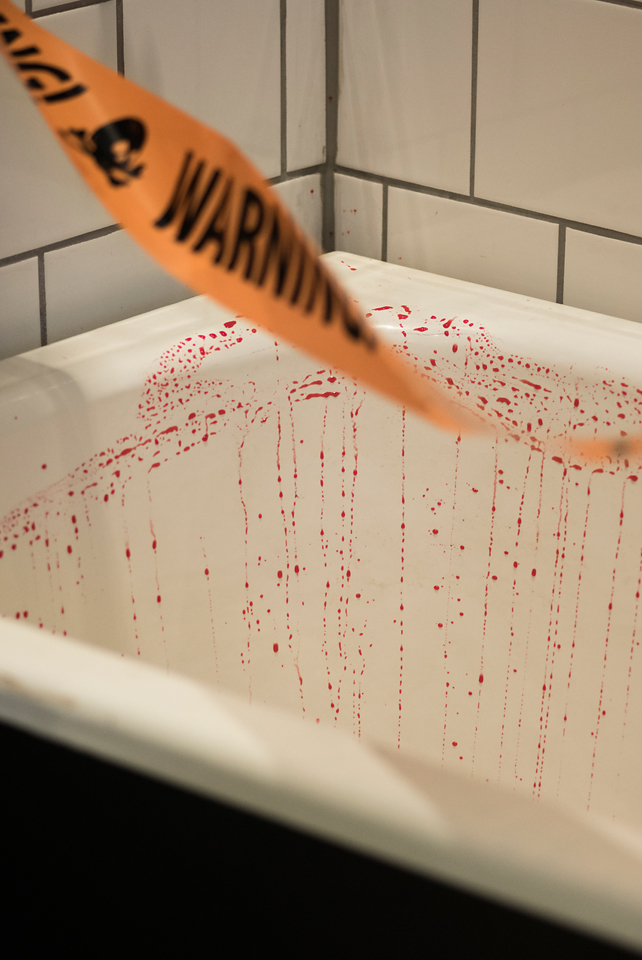 I mixed some golden syrup and some water with a bit of red food coloring, and sprinkled it on the bathtub. Easy fun decoration, and easy to remove as well! 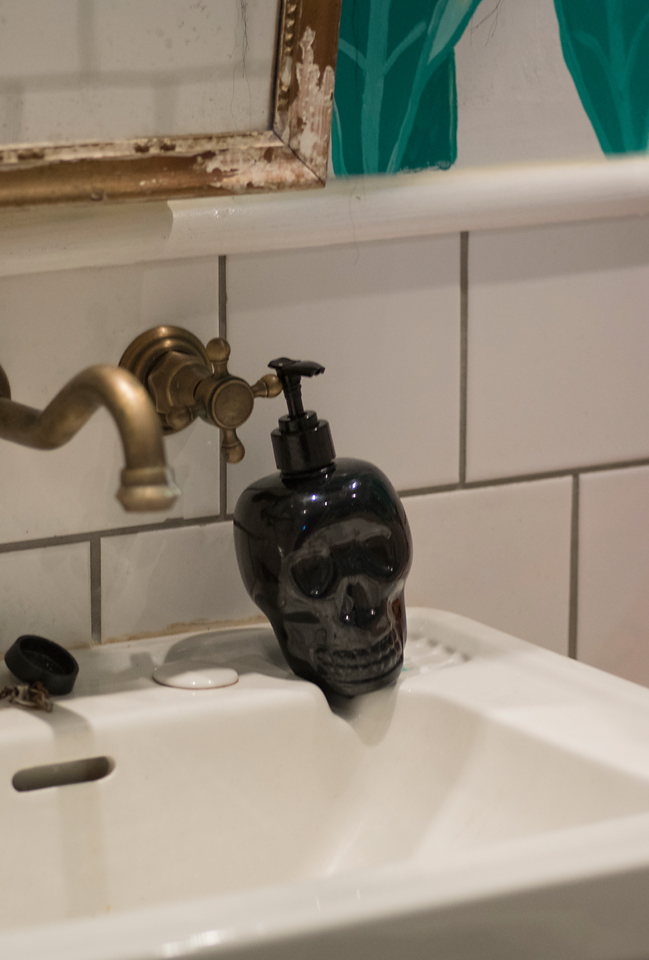 This year we remembered to bring out the skull shaped soap dispenser that we bought last year and completely forgot. 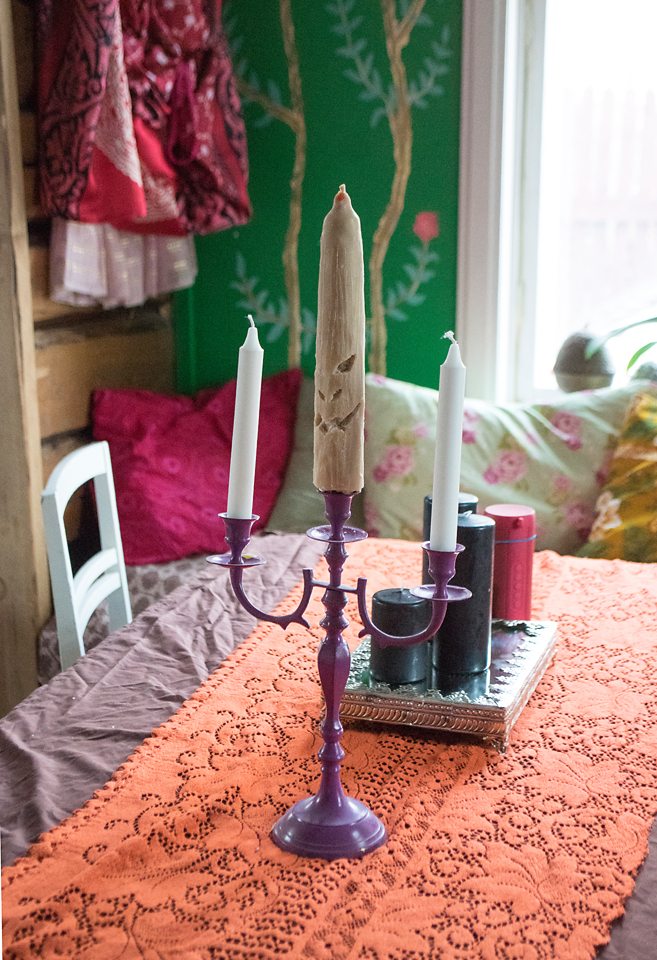 The scary candles were perfect! Their core is either orange or black, which made for a nice effect when they were lit and the candle wax started dripping. 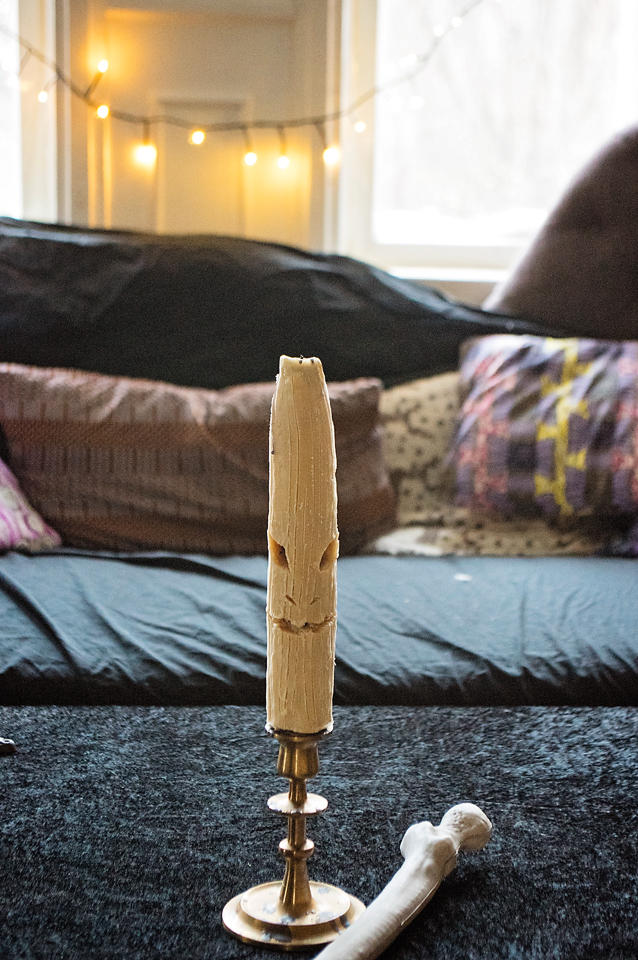 We had such a nice time, big ones and smaller ones, and it’s so much fun with a party where the whole family can participate! 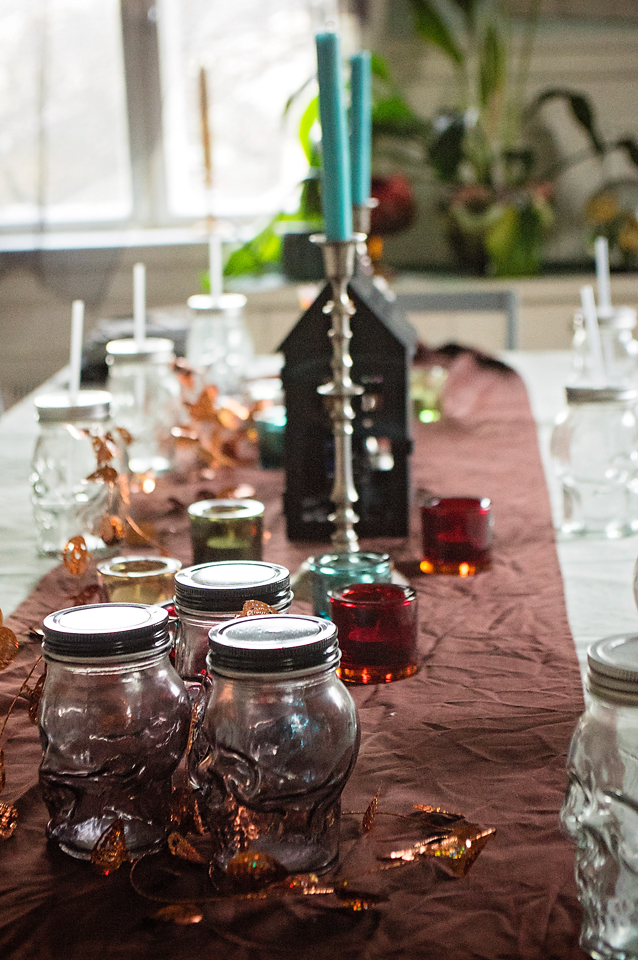 The kids had been waiting for the party for ages. They had planned lots of funny games to play, and really enjoyed themselves. 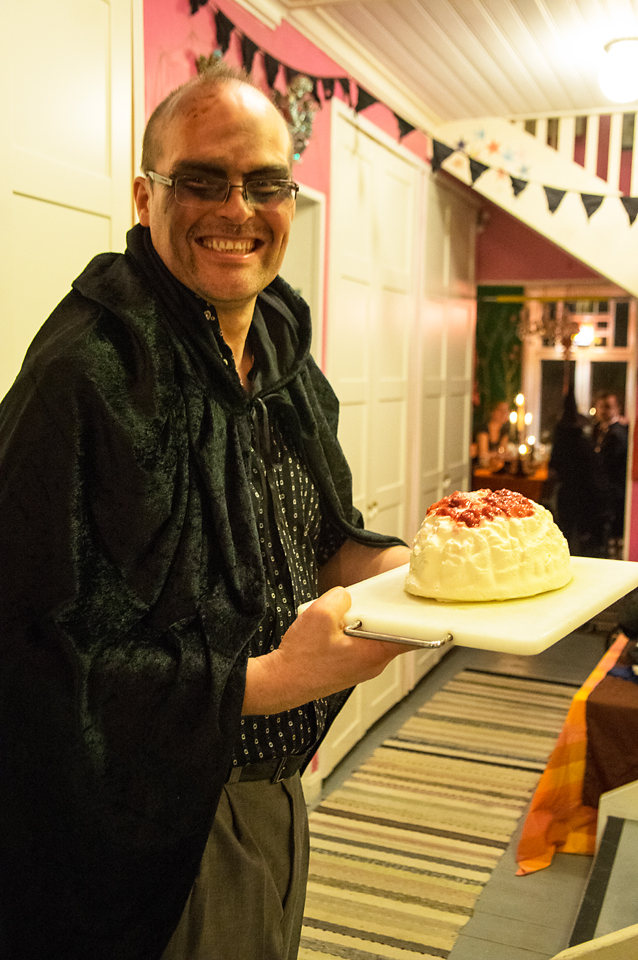 We had Niklas’ brain for dessert! 😀 (just kidding! Not!)