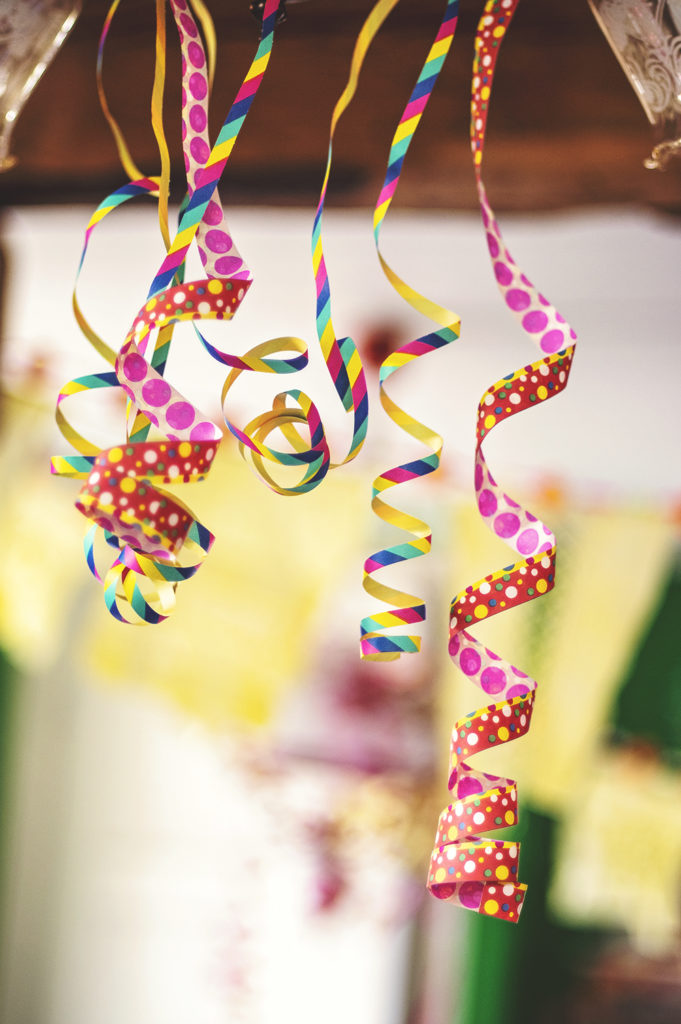 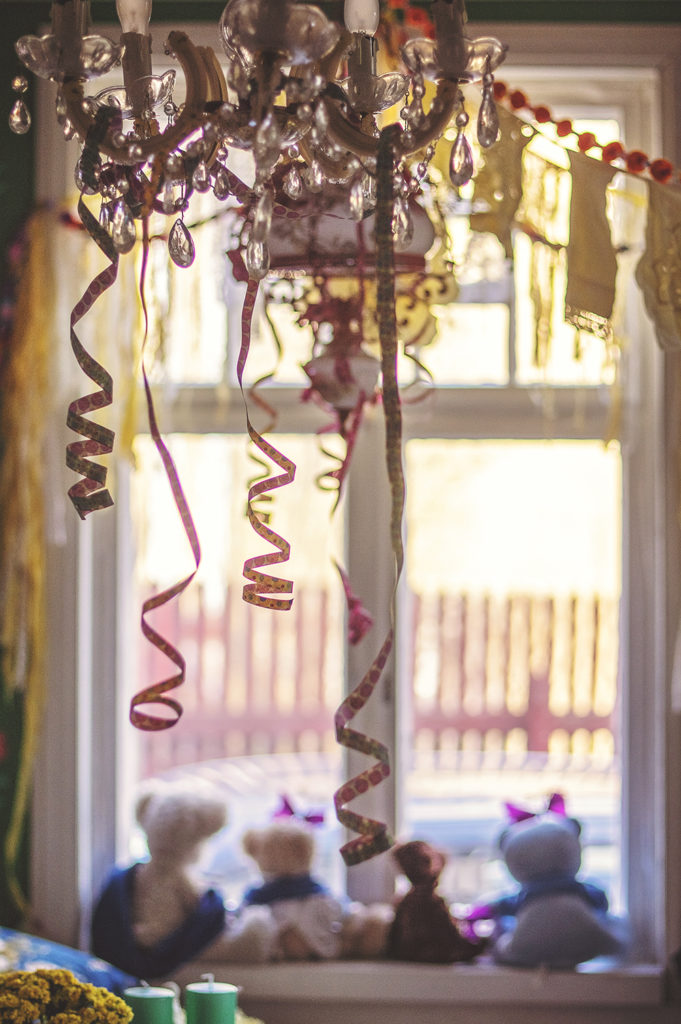 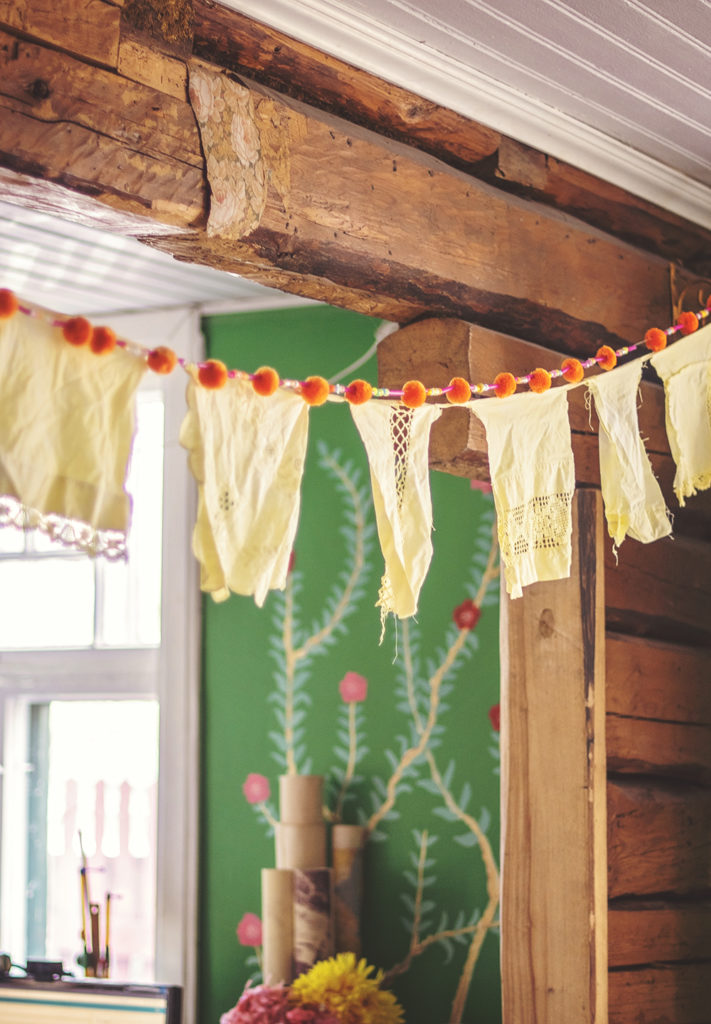 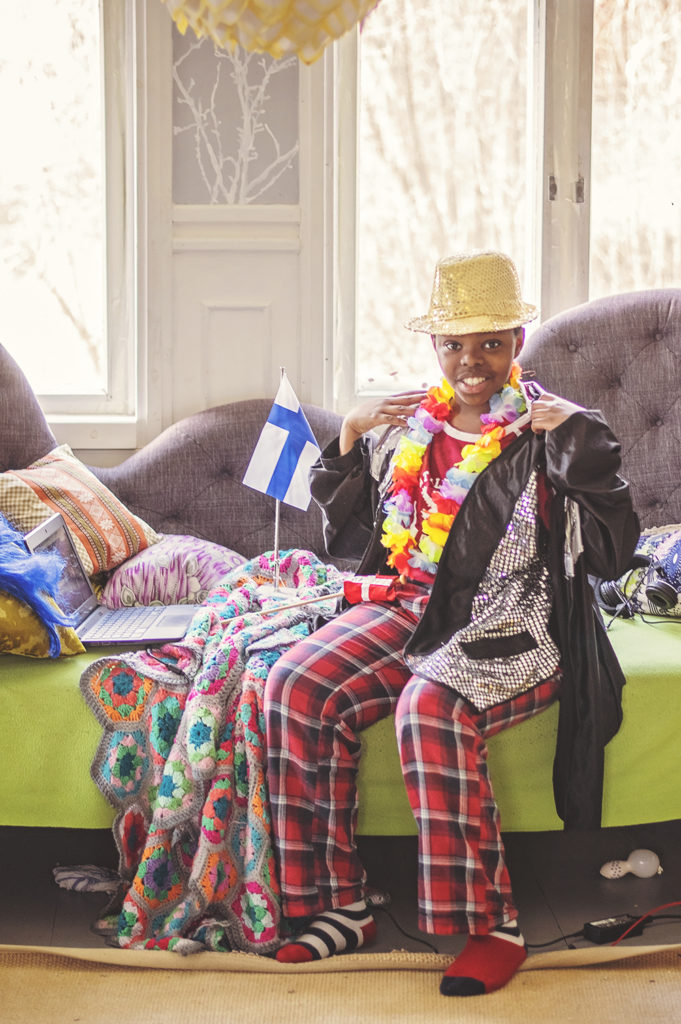 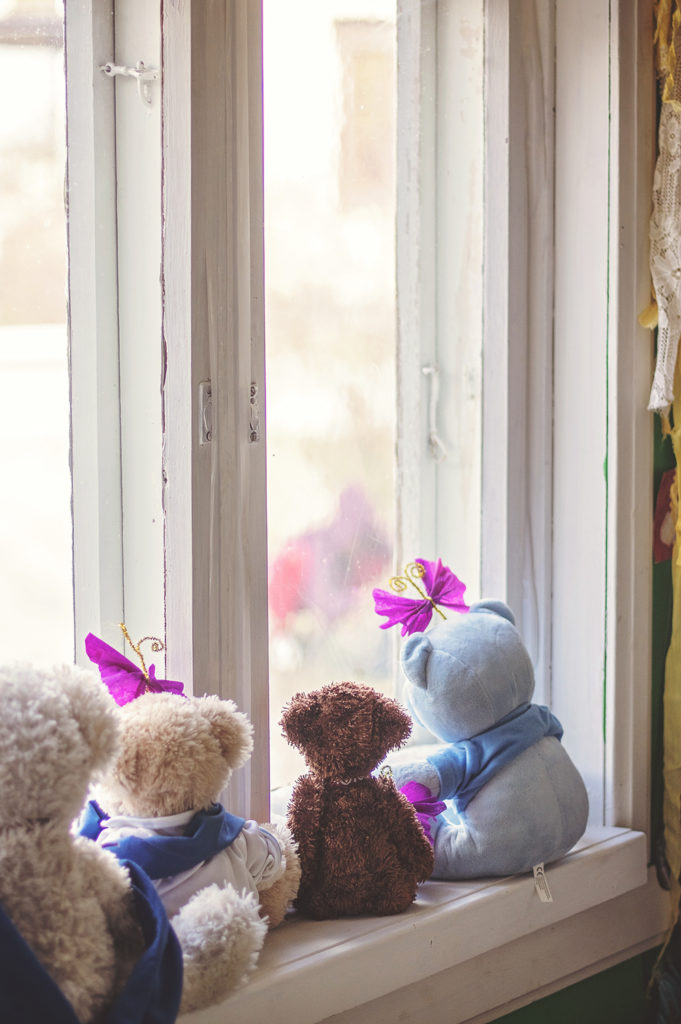 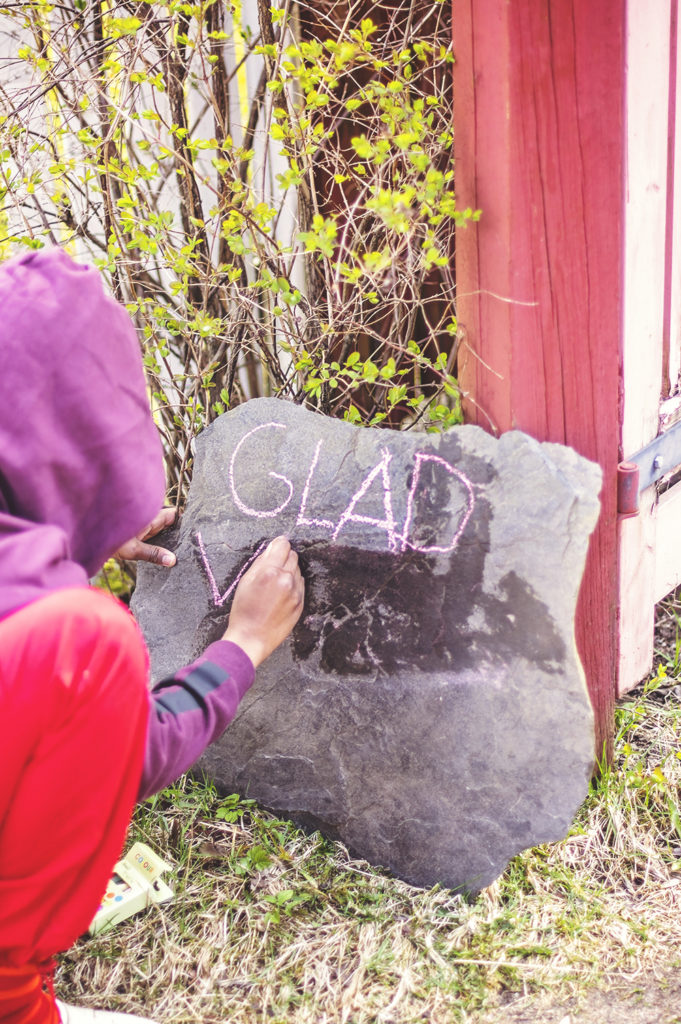 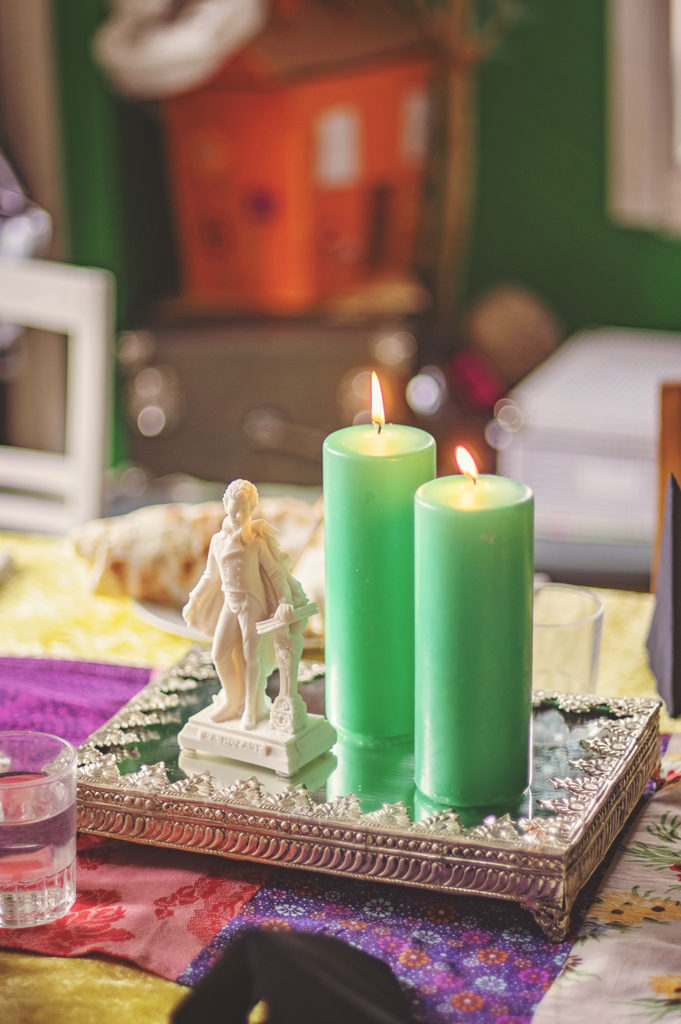 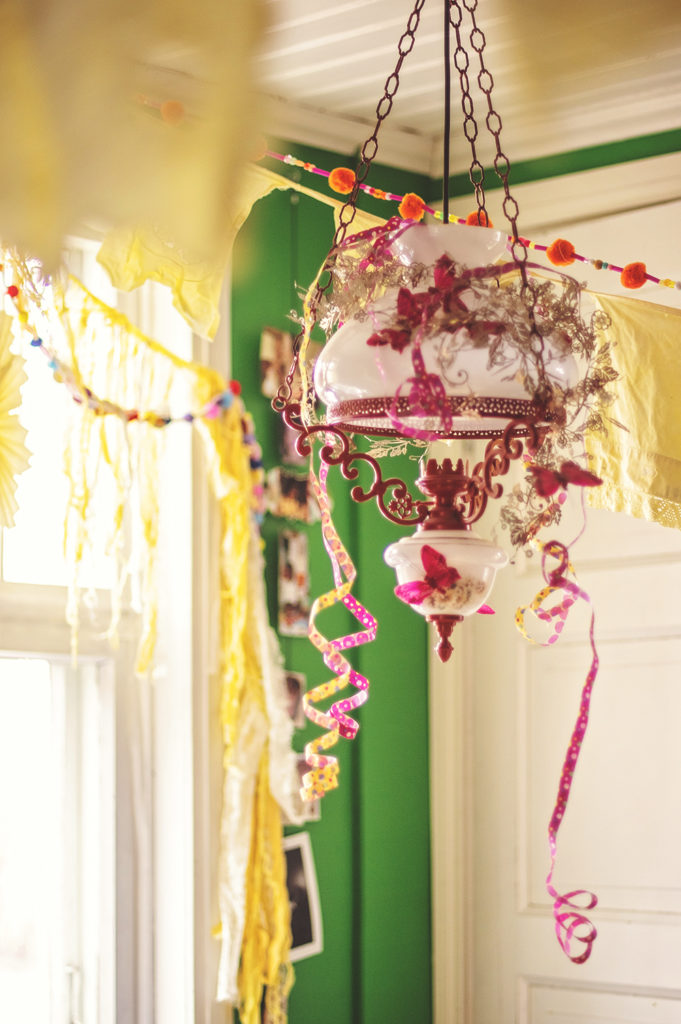 We’re celebrating at home, with lots of colors, good food, a bit of dancing and a very embarrassing mother who keeps making dad jokes…!

Valborg equals spring here up North, so here’s to hoping spring gets the message and reappears this year too! 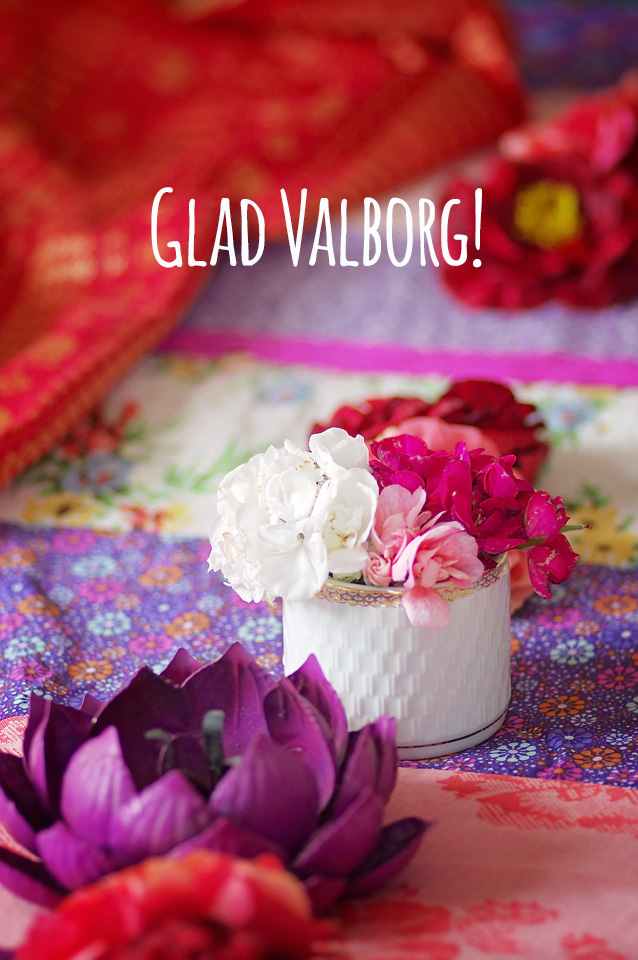 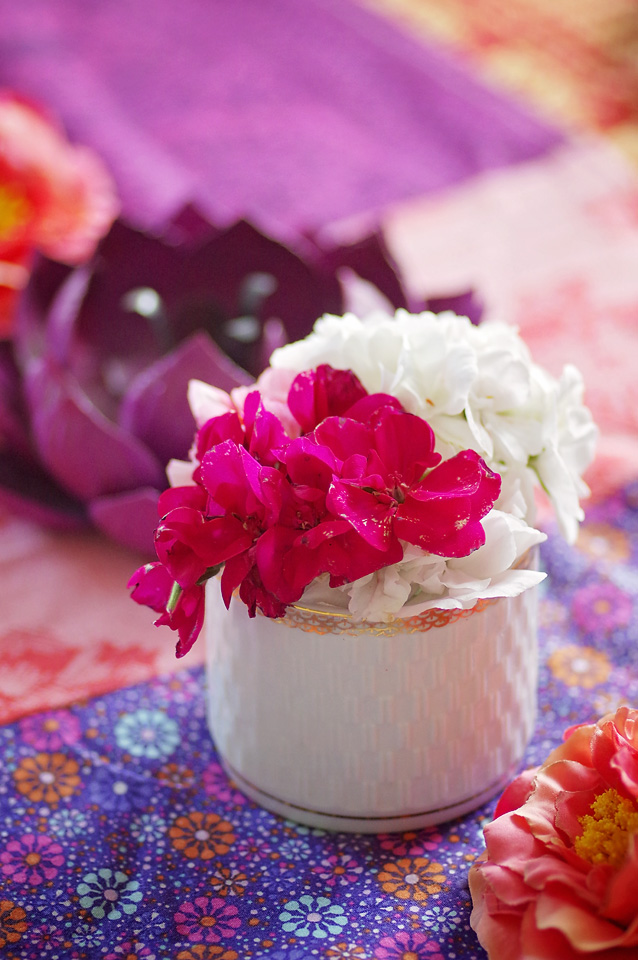 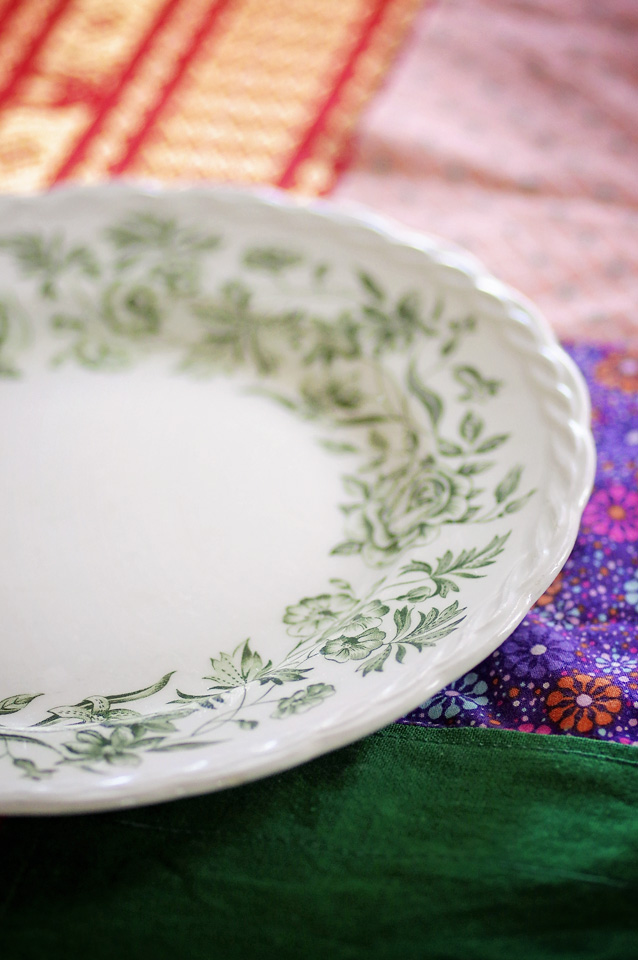 Today is ”Dress as a literary figure” day at school.

My daughter wanted to be Susan from the Chronicles of Narnia so we dressed her in our version of a school uniform – a jacket and a checkered skirt.

Susan’s arrows are made of sticks which I glued some copper colorede paper hearts on.

I also wound some brown feathers to the stick using some coppar wire. On her back Susan is wearing a sheath for her arrows made from thick carton that I dressed in the same copper colored paper, all held up by some blue ribbon. We totally forgot about her horn, but then again the horn was lost after The Lion, the witch and the Wardrobe, so maybe this is Susan in the start of that book?

I also made a small bow for her using the same method that I did when I was little and played Robin Hood – a thin pliable stick and some string!

Our oldest son wanted to be the Phantom of the Opera, which is originally a book by Gaston Leroux. We’ve been watching the excellent version of the musical from Royal Albert Hall on Netflix, and it made an impression! I made a halfmask for him in the same way that I did masks of our faces last summer.

Once the mask had dried I trimmed the corners, cut out an eye and glued a rubber string to the back using extra strong glue in my glue gun.

A white shirt, black jacket, black cape and a black hat and suddenly here is the Phantom of the Opera, ready for his school day!

Have a happy Valborg everyone!

Tomorrow it is time for one of the biggest celebrations of the year here in Finland – Valborgmässoafton, Walpurgis night (literally: Eve of Walpurgis mass).

We have four main celebrations each year, and then some minor ones. The big ones are Midsummer’s, which sometimes is called Sweden’s unofficial national holiday and is just as big in Finland, Christmas – the most commercial of all holidays in spite of its ancient name in Swedish and Finnish (jul/joulu, probably meaning feast), Easter, which hasn’t any nationwide fixed traditions,  and then the Walpurgis night/First of May-combo.

Walpurgis night is especially big in ”student”circles. With the word student I mean the swedish-finnish word student/studentti which means a person who has graduated from gymnasiet, upper secondary school. As a sign of graduating the student gets to wear a student cap, which they do when they graduate and later on during more formal student parties. Most people who have graduated almost never wear their caps unless it is Valborgsmäss (that includes both the Eve and the next day).

Valborgsmässoafton in Finland starts in the early evening with a student choir singing spring songs and a speaker telling everyone to put their caps on. Immediately the big sea of people is turned from a multicolored one into a big sea of mushrooms! Traditionally the students would then wear their caps all summer long until the last of September, but nowadays nobody does that. You wear your cap on Walpurgis Eve and then on the next day, the First of May, and  that’s it.

You can tell how long it’s been since the persons graduated on what color their cap is – newly graduated students caps are still sparkly white. Older caps are already yellowing and the oldest, like my grandfather’s, have already turned almost orange! But they all start out white.

The traditions in Finland and Sweden probably started out in a similar vein, but during the years they have taken different courses.In Sweden you don’t have a big matriculation examination before graduating like we do, and the student cap doesn’t have as much reverence because of that. Or at least that’s my  theory. In Sweden the student cap can be made in cheap materials and be embellished.

My grandfather’s student cap with the gold lyre of Åbo Akademi, the university I attended

Here in Finland you have a velvet and leather cap and a golden lyre (real gold), especially if you are a Swedish speaking Finn like I am (with a black and yellow lining if you are from my region), and it is a Big Day when you get to wear it for the first time!

My grandfather was so proud of me! He was the first in our family to become a student, and in those days it was mainly the upper classes who could afford the studies, so it really meant a lot to him who was dirt poor to be able to study at a university. I can’t imagine what his mother had to get through to give him the opportunity to study! She worked in a spinnery in Turku and by herself raised three children, and that student cap really meant something. It was visible proof of her will to do her utmost so that her children would have a better life. So it really meant something every year to sing about ”the students’ happy day” (a classic song which always is sung when you get your cap), and to wear the cap and all the traditions that came with it.

So now you know what I think of when I get  to wear my cap. Which I haven’t done in many years now.

We tried to have a mini-celebration of Walpurgis night when we lived in Denmark, but mostly we forgot since the Danes don’t celebrate it the way we do (they instead have a quaint holiday four weeks after Easter: The Great Prayer Day, when they eat wheat bread and go for a stroll). But this year I might see if I can find my cap and perhaps wear it on Walpurgis night and on the First of May. Speaking of  that: the First of May is usually celebrated as a worker’s holiday in many countries, and theoretically it is also that here in Finland, but in practice it is a continuation of the Valborg celebrations. You go for picnics, you perhaps visit a traveling carnival and buy the kids balloons or majvippor, sticks with colorful papers on them that rattle when you wave with them.

I had a pink and white majvippa when I was little and I loved it! I waited and waited and waited for to get to actually wave it around, and it rattled so prettily when I waved it. My mother was less amused about having to clean up all the bits of paper…! Nowadays I make my own majvippor, you can read more about it in this blogpost. We also have some specific pastries that people eat during this holiday, and then many people make homemade mead, which is more like soda and less like the viking mead! But it’s nice to have that old name still in use.

So that’s the Valborg celebration here in Finland. One of the major holidays, probably because we live so much north that this marks the real start of spring, and we really really need to get to celebrate spring after the looooooong winter!