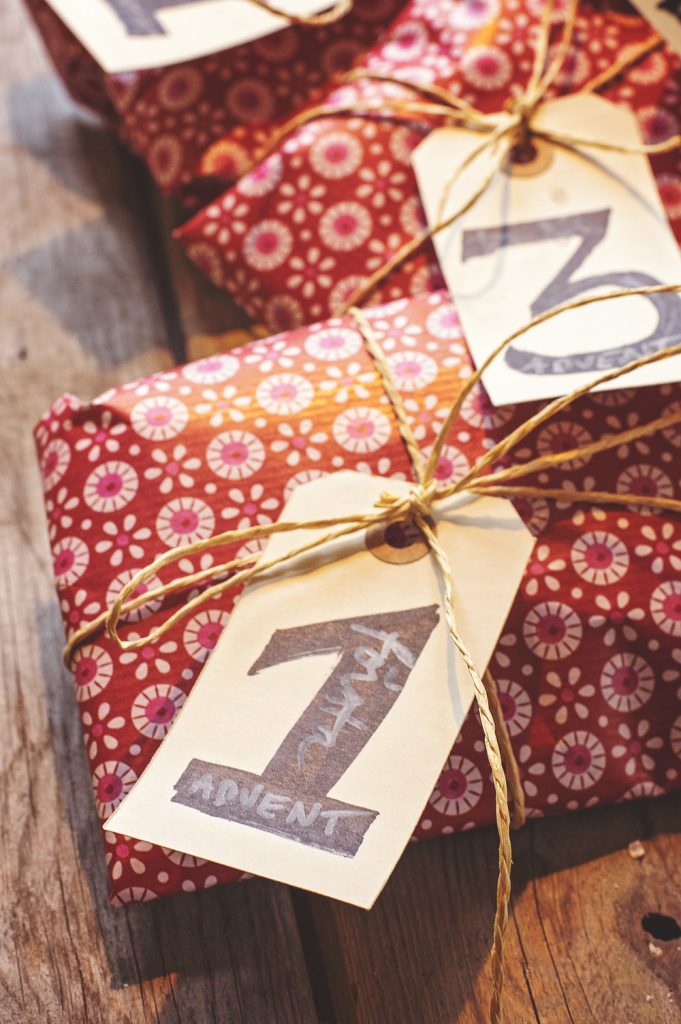 When I was little my mother used to make these very elaborate Christmas Calendars, with 24 packages for both my brother and I to open every day. It was heavenly! And then I became a mother and no energy was left in me for making these calendars. We bought store-bought calendars for the kids most years (an option that didn’t exist when I was little), but now that the kids are older I wanted to do something different.

Instead of using up all my energy on making so many packages with – let’s be honest – not that expensive, well-thought out gifts in them – I’m choosing to do an genuine Advent Calendar. 4 packages. 4 Advent Sundays that are extra special. One very happy kid, and very happy mother who gets to make some Christmas magic for one of her kids! (the other two want either store-bought or no Christmas calendar) 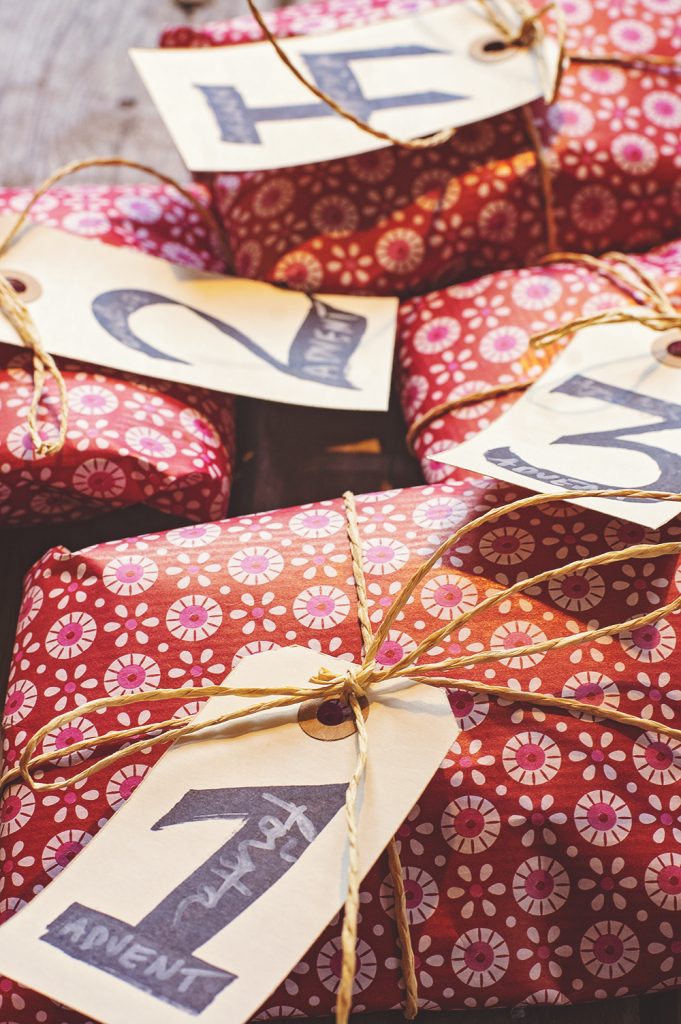 It’s such a nice little tradition. A way to count down to Christmas, but without too much stress for myself and I get to fill the packages with more useful gifts than just cheap knick-knacks and candy. 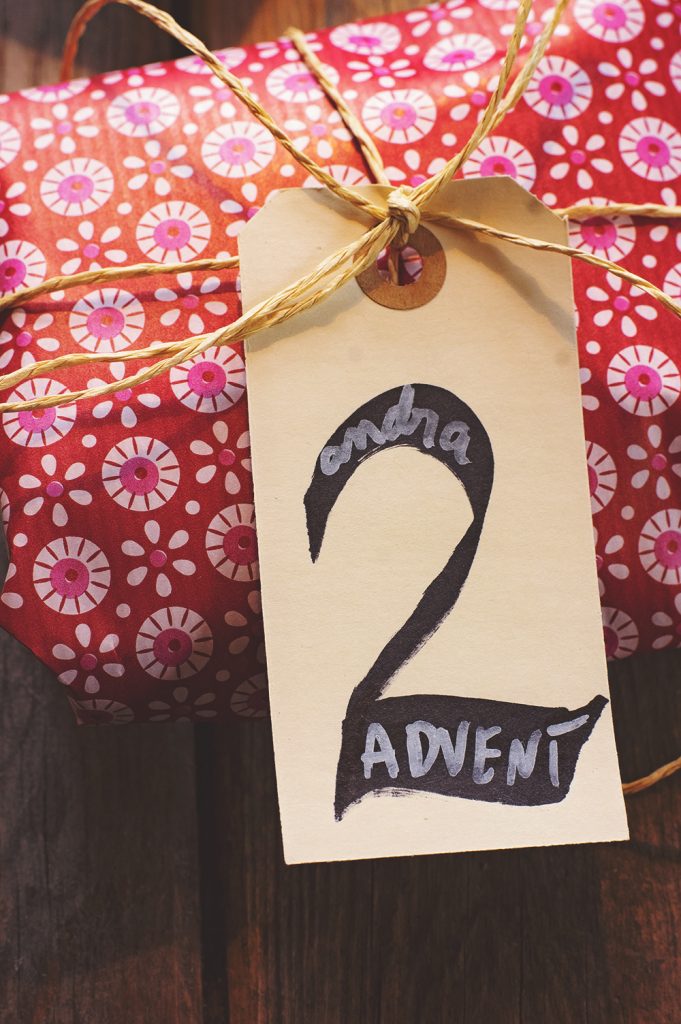 P.S. I thought when I’m being so thrifty with my energy I can make some really elaborate tags. Turns out I wanted to keep them simple too! I simply wrote the number with a thick black pen, then wrote the text in white acrylic paint. Easy-peasy, and looks pretty too. And someone’s very much looking forward to opening the packages!