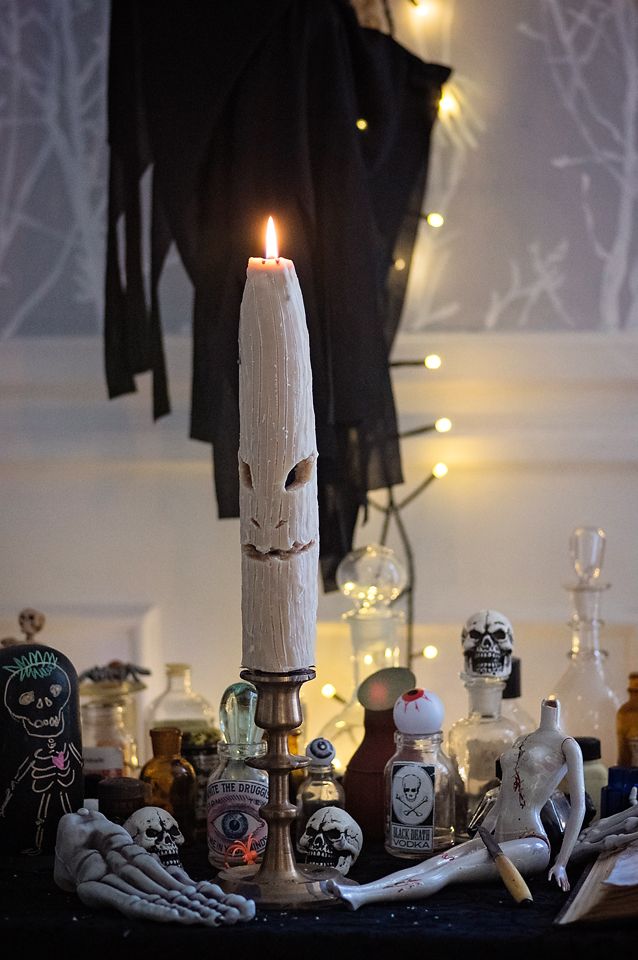 There were so many amazing things in The Curious Creations of Christine McDonnell that I just wanted to rush off and do myself immediately. Most were way too complicated for me, but this project was just perfect.

Instead of making my candles from scratch, I took a couple of black and couple of orange candles. I mixed melted candle wax with some beeswax to get a really old look on the candles. Then I poured the melted wax over the candles until I got the thickness I wanted (made to the thickness of some candlesticks that I own). I cut out the scary face using a scalpell.

When the candle is lit, it is even more scary! The black or orange middle runs and puddles around the candle, making it look as if it’s bleeding!