Here in Finland we decorate with something called Påskris during Easter. Traditionally it is birch branches decorated with feathers and sometimes eggs and ornaments. In Denmark they have a similar tradition, but in the days leading up to Lent, and they decorate their birch branches not with feathers but with brightly coloured strips of paper and also candy.

Both the Danish and the Swedish/Finnish tradition has the same background. People used to bring in birch branches called ris or birch rods,  for lent, and then the husbonde, i.e. the master of the house, whipped the servants and family members symbolically on Good Friday so symbolize the suffering of Christ. Other days the whipping wasn’t so much symbolical… People used to have a ris or birch rods hanging by the door, so that they could use them on their kids if they misbehaved…! Sometimes I wonder about people who long back to the olden days!

During the centuries the tradition became more of a fun one with decorations in the branches, and in Finland and Sweden the feathers came to dominate and the ris no longer was a fastelavnsris (lent ris), but a påskris, while Denmark kept the older tradition of decorating with the ris during Lent.

I wasn’t actually going to have a Påskris this year – our house is a complete mess now that we’re renovating a third of the first floor in one go! – but then one of the kids had a Påskris campaign. No Easter without a Påskris! So I went out and cut off some lilac branches and  then the kid plus her friend got to decorate the Påskris.

No birch branches in our house – I’m allergic, but I’m definitely not allergic to feathers, glitter and ornaments,  so I brought out all the feathers that I reuse from year to year (I store them in Ziploc bags) and then let loose the kids on the Påskris.

You tie the feathers to the branches using pieces of wire, and you can buy prewired feathers in the stores so it is really easy to decorate your tree! If you are feeling lazy, like the kids did after about a minute or so, you can mix your feathers and just clump them together using a single piece of wire.

When you have tied all the feathers  that you feel like on your branches, you can get to the even better part – to decorate with Easter eggs, and when I was little – cats!

No cats for us this Easter, but we had some in our Fastelavsris last year.

The Danes have a really odd tradition of hitting a cat out of a barrel for Lent! Nowadays luckily no real cats are involved, but the cat has stayed as a symbol for this whole Lent-Easter period. Here in Finland the cat is mainly seen as the Easter witches pet, and when I was little we always had some cardboard or crocheted cats on the Påskris.

I’m so happy the kids got me convinced to bring out the Easter decorations and do a Påskris. It really livens the whole house up! You almost don’t notice the dust and the mess (it’s a nice mess – it is because we’re renovating my future craft room!)

On Saturday my kids will be dressed as Easter witches just like I used to do when I was little! And one time when I was a grownup – my Mom almost had an ”accident” for laughing so much! The kids are really looking forward to it, or well not so much the dressing up part as the getting a whole lot of candy part! Easter – the Swedish version of Halloween! 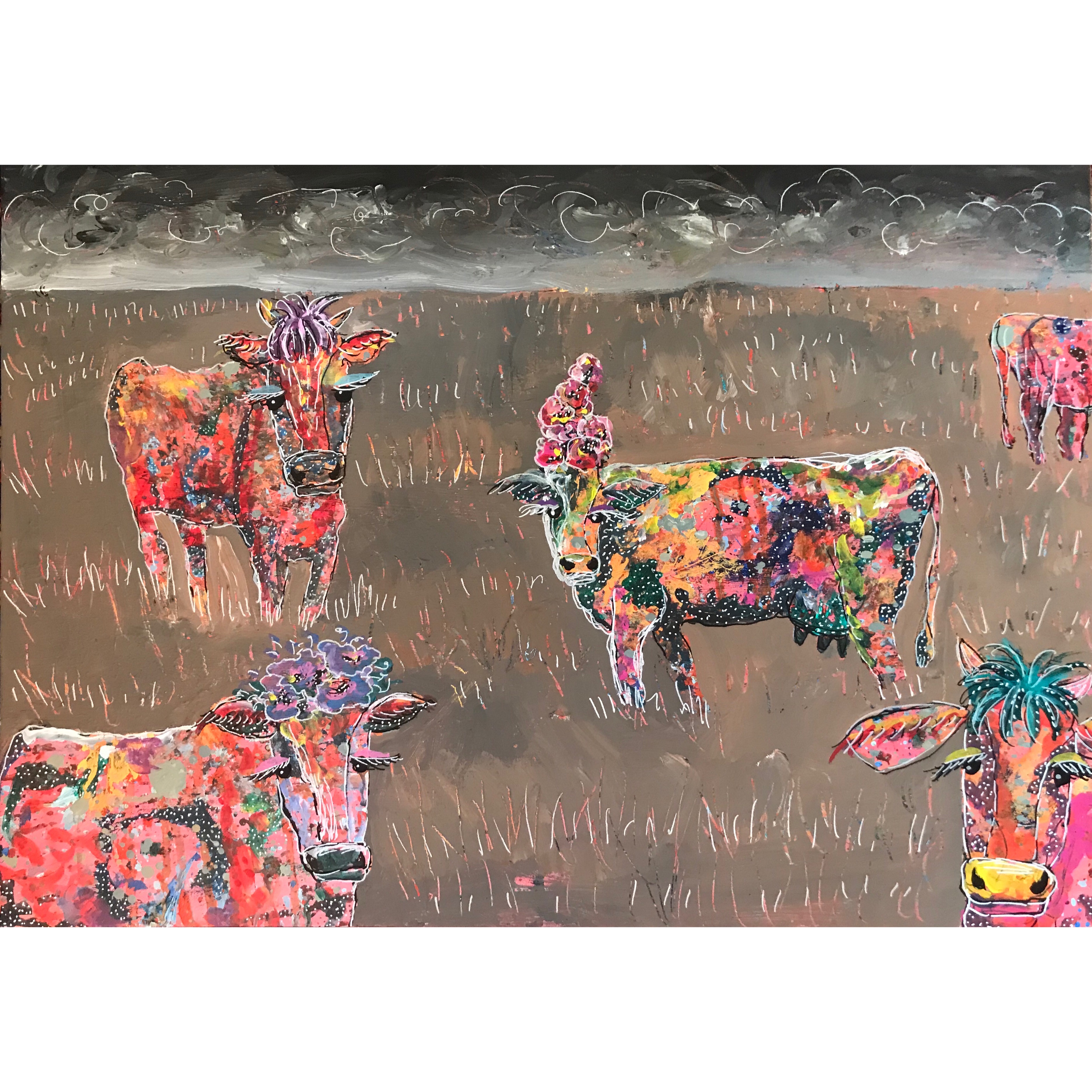